You are here: Home / Businesses / A review: BT Broadband and TV (copper)

Imagine the surprise of moving into a street which you know supports BT’s fibre broadband only to discover that it doesn’t come to your particular flat.

As a result we’ve a mixed experience with BT broadband and BT TV. The customer service was good. On the phone they estimated fibre would be available within a couple of months, but wouldn’t promise. As we only had copper cables for the flat that reduced the options available on BT TV in terms of channels and the amount of boxes we could have. It certainly reduced expected broadband speeds.

Initially BT wanted to send an engineer around to connect the flat to the cabinet exchange in the street. They also wanted me to home for the delivery of the TV box which needed to be signed for. The BT Hub 5 would also be sent to me but didn’t need to be signed for.

I took a day off, making sure it was the same day the BT TV box and engineer was due to visit.

BT cancelled the engineer a few days before. It turned out their initial impression of the flat was wrong. It was already connected. No engineer was required. I had taken the day off anyway – I still needed to sign for the BT TV box (although I could have had it sent to work instead).

The online tracker system showed me that neither the TV set top box nor the broadband hub had been dispatched. Cutting it fine, I thought. The day before the delivery was due, the tracker said neither had been dispatched so I rang up BT and they helpfully reassured me both items were in the mail and would arrive on time.

The BT Hub 5 is a good piece of kit, strong and dual band wifi, and the detachable back panel that gives you easy access to the password is a good idea. I think it could do with a few more Ethernet ports though.

The BT TV box didn’t work. It wouldn’t even turn on.

Have you ever had a support line get you to turn off your tech and turn it back on again? After telling BT that the TV box wouldn’t turn on, what the symptoms were and what I had done to try and revive it – they believed me straight away, didn’t try and get the dead box to turn off and on again, and just arranged a new box to be sent out. I asked if they could send it to my work, I didn’t want to take another day off, they could.

I was chased several times to send back the old, broken, BT TV box. They made it easy for me to do so providing all the labelling and packaging necessary. I held off until the replacement box came, though.

The new box works fine. The main problem is that due to the poor copper connection not all the channels I signed up to are available. 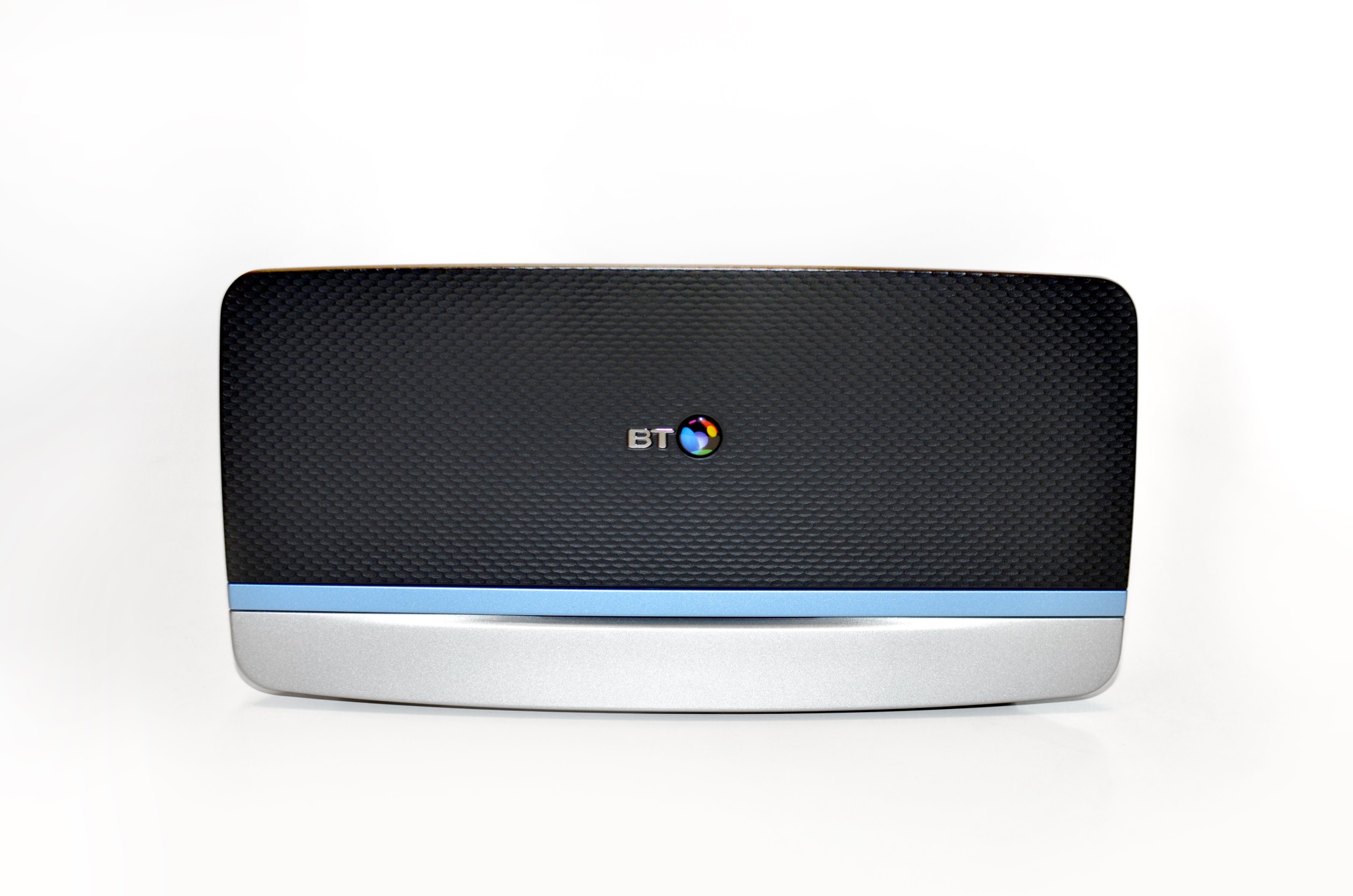 I should complain. TV channels that have been advertised aren’t available. They aren’t available because the internet connection, which enhances the TV, is so shaky. At least, I think that’s the case because we can fully unplug the antenna and still get TV.

Sadly, complaining about the copper broadband speed doesn’t get very far. One official edocument from BT estimated the speeds might reach 0MB. Another suggested up to 7MB. The internet wasn’t too bad for the first couple of weeks, with speeds of about 6MB, but in recent weeks we’re lucky to get a download speed above 2MB.

It’s a mixed package. I can’t complain about customer service. BT made no promises that copper broadband would be anything other than dreadful. They did lead me to believe fibre would arrive in EH6 soon and that’s yet to happen.

Overall? The chances are high that if Virgin Media don’t service your area that you’ll be on a BT line. The other broadband providers, for now, all use Open Reach and BT. No one else has any skin in the game. If neither BT nor Virgin Media can give you fibre broadband then no one else can. Your alternatives are to wait for 5G to rollout, as it’ll be faster than fibre, as 4G is faster than BT copper broadband or to investigate whether someone can user lasers to beam you wifi.