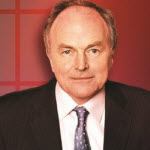 The host for the night is Clive Anderson. He’s often on TV but I first encountered him in his role as host for the TV show “Whose Line is it Anyway?” In “What Does the Title Matter Anyway” Anderson works with four improvisational masters and the audience through a series of games. On the opening […]